Midnight: A Tribute to Brad Davis

In 1978 the film Midnight Express was released and actor Brad Davis became a star overnight. Brad’s subsequent films were never as popular as Midnight Express but he was a fine actor and brought a certain melancholy and defiant sexuality to his best films. This webpage is a tribute to Brad’s work as an actor. Brad’s turbulent personal life often overshadowed his films when he was alive.

Fan reviews of Midnight Express and other Brad Davis Movies 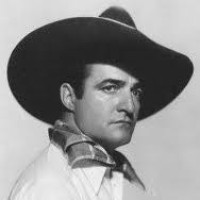 This website is a tribute that I dedicate, with great love, to the majestic world of classic movies.

Vivien Leigh - the greatest actress in the world

A fan tribute to the Queen of the Seventh Art

A tribute to a true Hollywood legend

A Celebration of Western Movies... Pardner!

A tribute to the actor John McEnery

Assorted reflections on the indelible Jean Harlow, by Sophia D.

Finding all the things you didnt know you needed

Making sure things are where they really are

Tips, tricks and product reviews for the parakeet parent

some things to wonder about

a fan appreciation of Audie Murphy's life and films

Time Tripping Through the World of Film

Once upon a screen...

...a classic film and TV blog

Appreciation of the actor Dan Duryea

A tribute to the Scottish actor

Two Film Buffs Are Better Than One

Only a Bloody Blog

Tribute to one of my favorite actors and a timeless and elegant man. Fan site online since 1998.

The Mystery of Alan Ladd

Tribute to one of the most popular actors of the 1940's

So few critics, so many poets

"If you think it is so easy to be a critic, so difficult to be a poet or a painter or film experimenter, may I suggest you try both? You may discover why there are so few critics, so many poets." - Pauline Kael

The annex to John Grant's *A Comprehensive Encyclopedia of Film Noir*